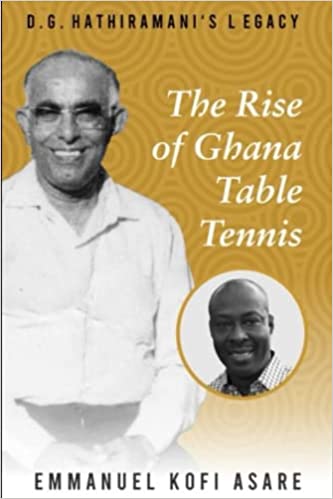 The Rise of Ghana Table Tennis

He was one of the founders of the Gold Coast Table Tennis Association in 1951. He played the game himself and captained the Gold Coast team to win the Azikiwe Cup in Nigeria. In 1954, he established a table tennis school in Accra and nurtured and groomed a lot of young talents who went on to compete for Ghana at various local and international tournaments and won various laurels.

Emmanuel Kofi Asare was one of the young talents who was nurtured and groomed by Hathiramani. Joining the camp at a tender age of six, Kofi spent thirteen years in Hathiramani’s camp and gives a glimpse into the life of D.G. Hathiramani, his contributions to the development of the sport, the journey to becoming one of Ghana’s celebrated sportsman under Hathiramani’s watch and life beyond table tennis.